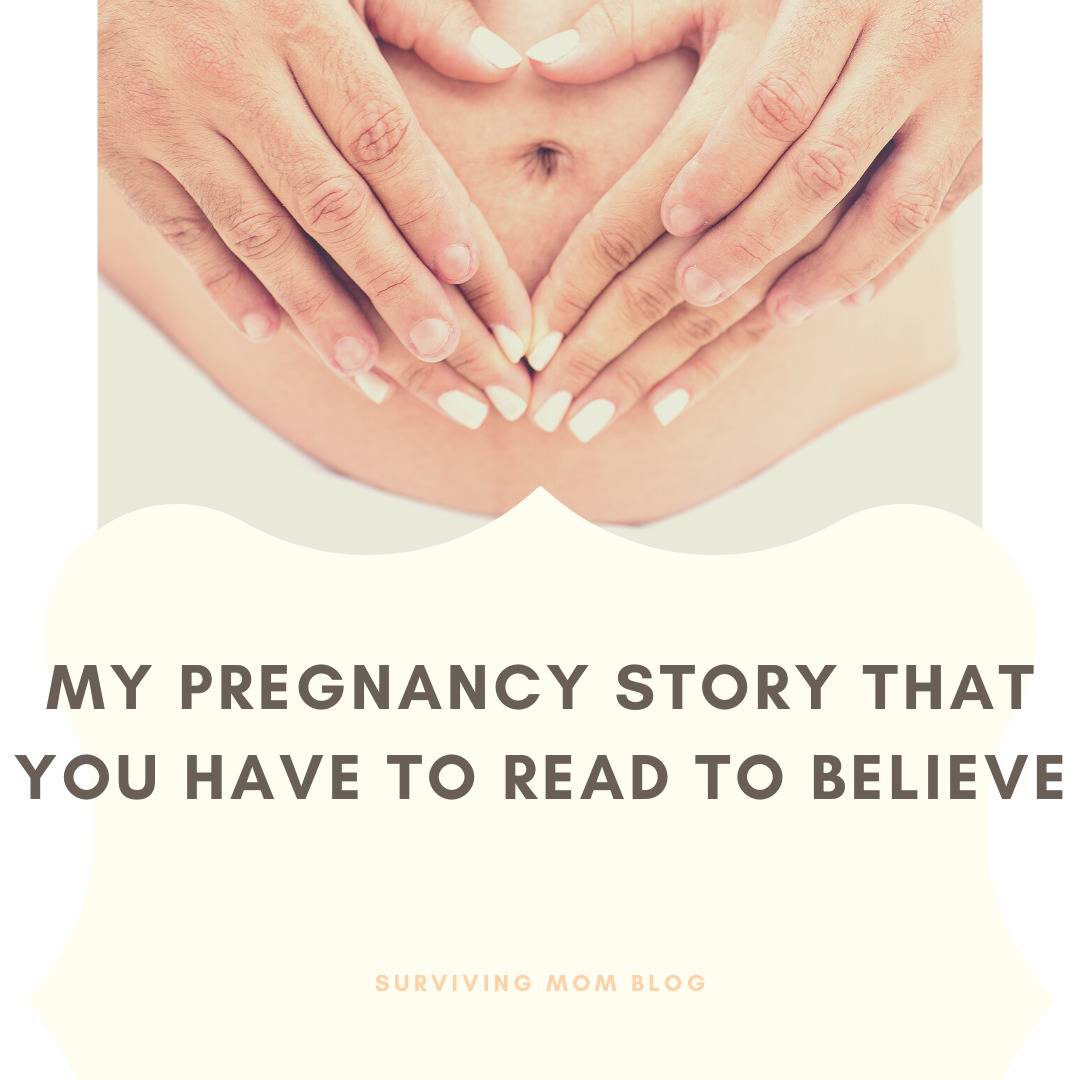 I remember the moment I found out that I was pregnant. I showed my husband the positive sign on the pregnancy test, and we both started to cry. We sunk down to the floor, hugging one another, and knowing that this was the start of something wonderful. It was the start of my pregnancy story, but I had no idea what was to come.

Events were about to unfold at the same time as my pregnancy. Little did I know that, like parenting, nothing would ever be the same again….

I mentioned HERE that I found out that my husband started abusing alcohol during my first trimester. He was terrified that I would have a miscarriage. An occasional drink turned into two which quickly turned into him pouring alcohol into iced tea bottles during the weekend. When I finally discovered what was happening, I asked him to leave.

I remember sinking down to the floor, but this time, it was not a moment of overwhelming joy. It was a feeling of complete and utter helplessness. I had no idea what I was going to do, but I knew I now had a responsibility to protect this baby.

My husband stopped drinking alcohol, and I thought the worst was over. Unfortunately, his addiction turned to sleeping pills. I discovered that my prescription sleep medicine was missing pills, to which he always had excuses. He told me that he  tripped while bringing them home and they fell down the drain. I was told the pharmacist must have given me less pills, and I was told that the TSA workers must have taken them when we went on a plane. No, I did not believe any of his stories. However, I knew little about addiction and did not understand what was happening.

All I knew was that I wanted him to stop taking them. I felt angry and betrayed that he kept lying to me and wouldn’t admit that he was using them. He would stop for a little while (during which time he was getting prescriptions from doctors or asking his parents to give him pills), and then start with mine again. 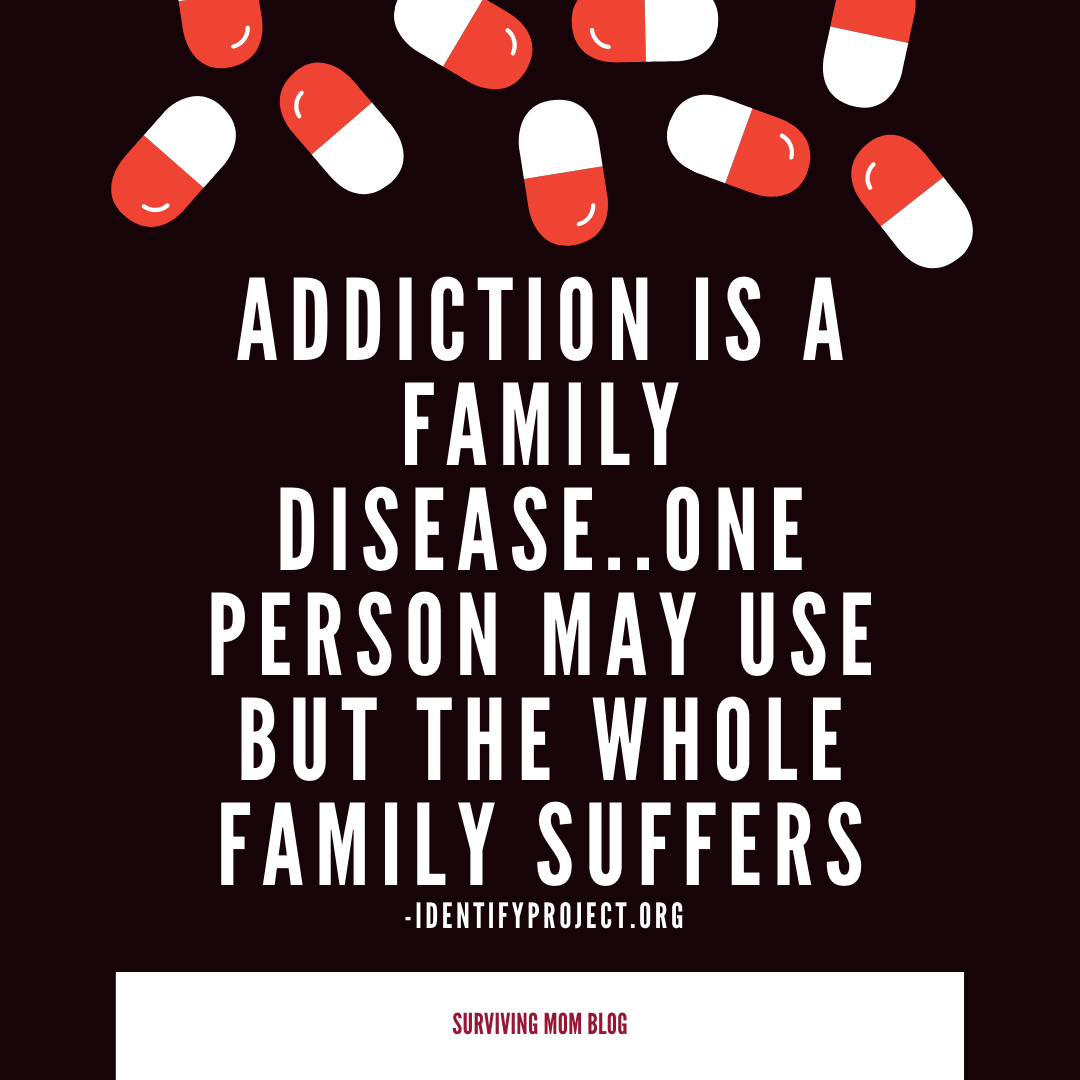 My husband also lost his job while I was in the end of my first trimester of pregnancy.

He never used anything while at work, but it still didn’t help our circumstances. I was struggling to figure out what was going on with my husband on top of him no longer having employment. We were currently living in a place that had no space for a crib, and we needed a bigger apartment. It was terrifying. I knew all the stress wasn’t good for the baby. I didn’t know how I was supposed to feel calm under all of these incredibly stressful circumstances.

Fast forward a few months and we found a three-bedroom rental in a two-family house.  The rent was similar because it was an older home, but we were still struggling financially. I unpacked boxes as quickly as I could, wanting to feel some sense of stability and normalcy in my life.

A few weeks later, I started breaking out in hives. They were all over my back. Big, red hives. I had no idea what was causing them, and I would wake up covered in them. I went to a dermatologist, who informed me that the likely cause was an allergic reaction to (wait for it…) bedbugs.

HOW COULD THIS BE HAPPENING?

BEDBUGS?! I couldn’t believe my ears. How did I get bedbugs? I was a clean freak. He explained that bed bugs aren’t an indication of how clean your house is, and I could have gotten them from anyone or anything. They could have come from the moving truck, from a person’s item of clothing, or even from the fabric on a seat (movie theaters are a breeding ground for them, especially in New York). I inspected my house, particularly my bed, as they often are on mattress tags or near the bed.

I can’t even begin to articulate how itchy I felt in the car ride home. The last place I wanted to go was back to my house, which was supposed to be my haven amidst all the chaos in my life. I silently said a prayer as my husband inspected our bedroom.

To my horror of horrors, he found one bed bug on the mattress tag.

We immediately contacted our landlord, Ted, who informed us that we must have brought them into our home. When we asked if it could have been there beforehand, he scoffed at the mere suggestion and basically hung up on us.

We proceeded to find an exterminator who said he would not spray the house himself, but he would purchase the necessary chemicals for us. Every inch of the house had to be sprayed because we did not know the extent of the infestation. In terrible cases, they could be everywhere. We were also told that every item of fabric that we owned needed to be washed and dried at extremely high temperatures. Bedding, stuffed animals, and clothing (basically anything) were bagged and methodically cleaned.

I could not stay where the chemicals were sprayed due to my pregnancy. As a result, I lived elsewhere for a week to allow the spray to do its job. My husband basically saturated the house in those chemicals, and then did it again for good measure.

He inspected everywhere. When he opened up the old cable box (which was used by the prior tenants, as we had a different cable company install their own equipment when we moved in), he found a few bed bugs. There was nothing found in my cable box, which means they had to have been there before we moved there. After further inquiry, we discovered that the prior tenants had thrown out their mattress a few months before they moved.

We realized that the prior tenants must have had the bed bugs.

The house wasn’t occupied for a few months, but bed bugs can survive for awhile without eating (a not-so-fun-fact that I learned through this process). My guess is that most of them were on their old mattress, and some of them were in the cable box.

We told our landlord what we had discovered. He went from being outraged to volunteering to waive a month’s rent. This didn’t help much, as the cost of all of the pesticides, dry cleaning, plus the horror we endured far outnumbered a month’s rent. I went to bed each night terrified to sleep, as bed bugs will bite in the middle of the night. My stuffed animals from childhood were destroyed, as they were not meant to be put in a high temperature dryer. I had my clothing in a portable clothing rack in the kitchen because I was fearful of putting my clothing back in the bedroom.

I was in my third trimester, and I was a mess. 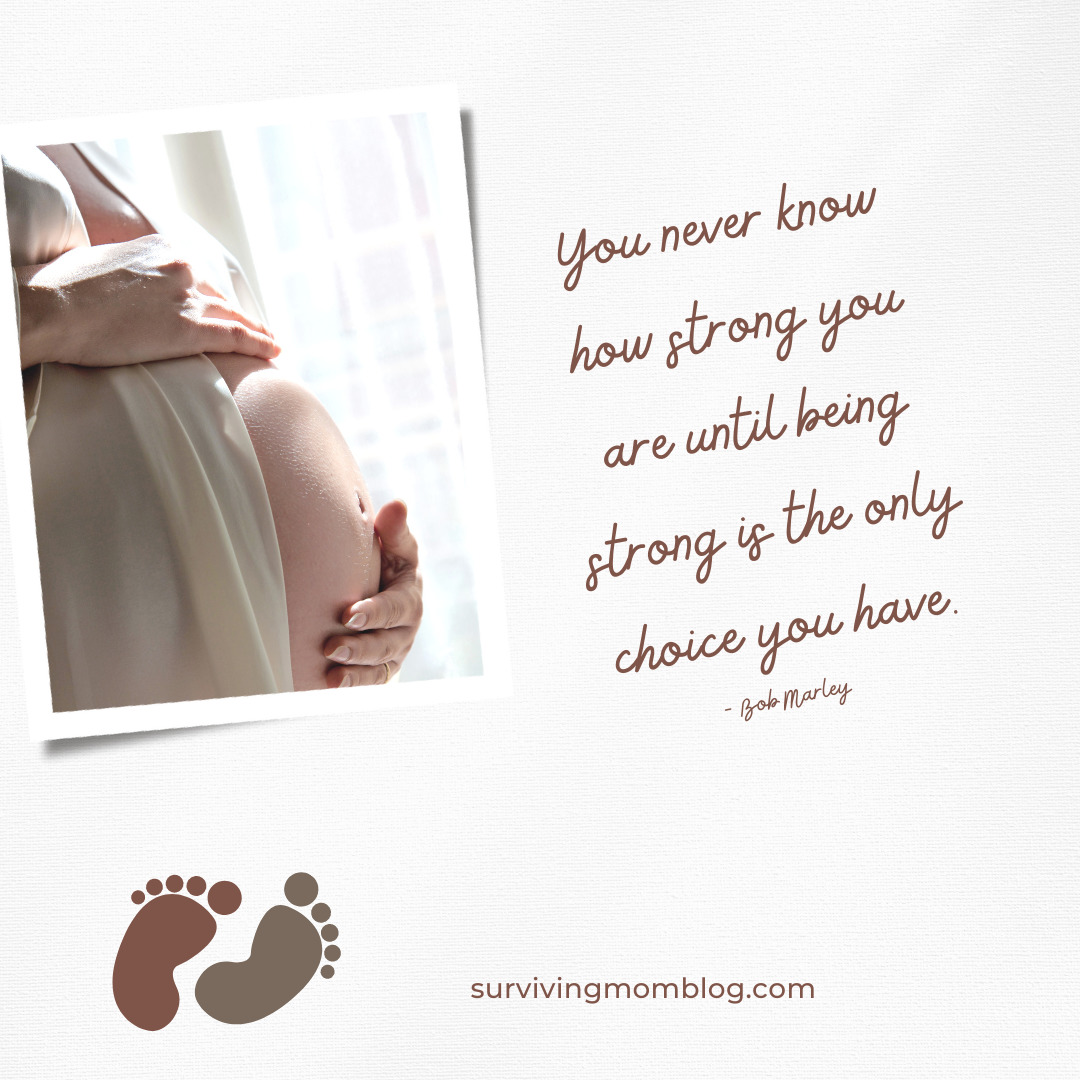 My husband still didn’t have a job, I was constantly examining myself for any bug bites, and I had no idea if my husband was sober. My life was a tornado, and I had a child on the way. I was terrified, and I felt completely alone.

Luckily, there weren’t many bed bugs after the prior tenants left, and my husband successfully got rid of them. The knowledge I learned about this topic is one I would never forget, however much I wanted to erase it from my brain. I still cringe whenever I hear someone say, “Don’t let the bed bugs bite.”

My husband found a job right before I had my daughter, so that concern was rectified. Unfortunately, his struggle with addiction is one that outlasted my pregnancy. I am so proud of his sobriety for the last five years, but it is still a big part of my pregnancy story, and one in which look back on with sadness. I wish things could have been different, but there are some things in life in which we simply don’t have a say. What I can control is how I handled myself during my pregnancy, and I am proud of that.

My pregnancy, with all of its horrors and pain, still allowed me to bring a beautiful soul into this world. Although my story is filled with hardships, it is one that I tell with my head held high. I went through a series of traumatic events during a time where I wish I could have been on cloud nine. Although it wasn’t one in which fairy tales are born, it showed me that I am far stronger than I realized. I was going to need that inner strength to raise my daughter and to get through my husband’s struggles. I learned that I had no idea where life was going to take me, but that I would be okay no matter what life (or cable boxes) threw my way.