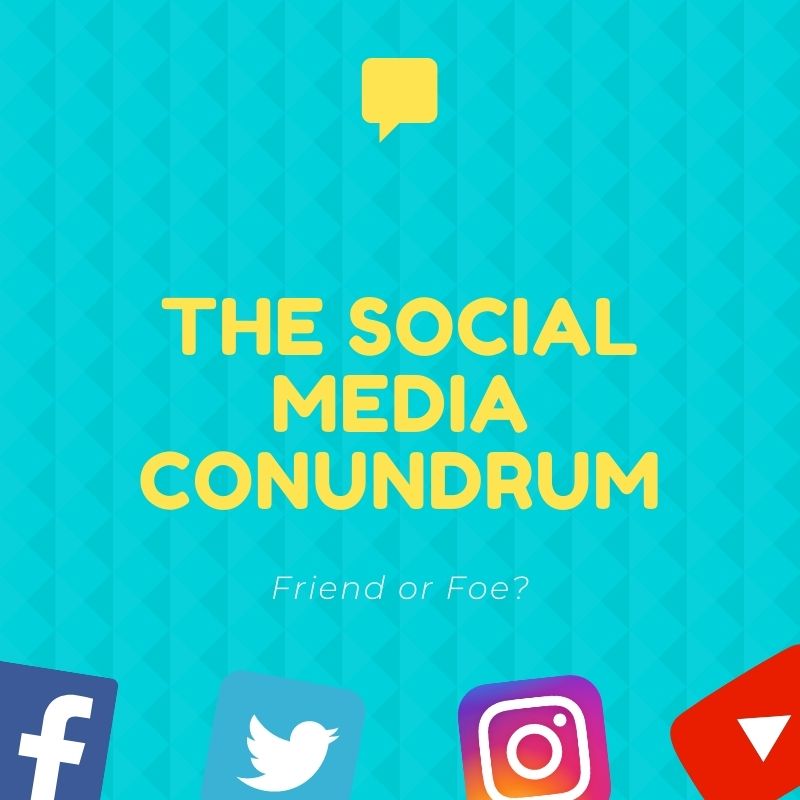 I vaguely remember the days when there was no social media. It seems like it was back when dinosaurs roamed the earth. Truthfully, there was once a time when we weren’t all glued to our cell phones, tablets, iPhones, or computers. With the rise of social media usage, the questions remains: Is social media a friend or a foe?

the power of connection with social media

In some ways, social media is great. It is a means of reconnecting with people with whom you’ve lost touch. It is also a way of connecting with someone you wouldn’t be able to meet otherwise.

I have been able to speak with relatives I didn’t even know existed through Facebook. I’ve been able to see family pictures of people I knew 30+ years ago. No matter where you live, or how many times you’ve moved, social media allows you to remain in the lives of people. This is more crucial than ever due to the inability to connect in person because of the pandemic.

Social media also offers opportunities to network and market yourself. LinkedIn and Twitter are great forums for connecting with people and expanding career horizons. Social media is instrumental for every blogger.  However, with every click on the internet, there is a downside.

the downside of social media obsession 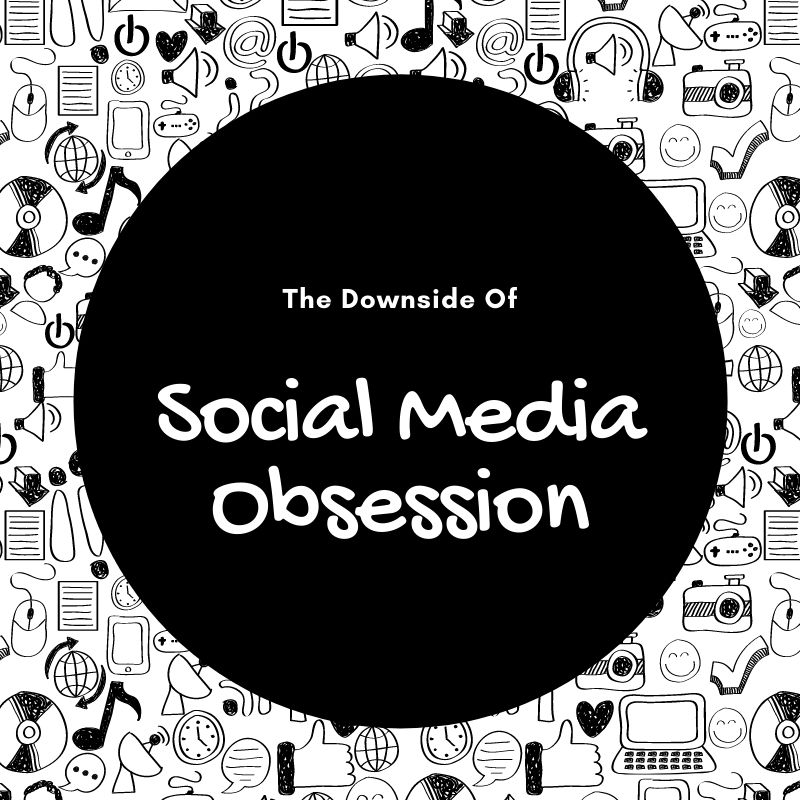 What was meant as a forum to reach out to the ones we love, now has become a means of comparison. It is easy to fall into the trap of thinking that others have their lives together because of what we see on people’s accounts. What do we do when social media is both a friend and a foe?

Every click of a button shows smiling families, exotic trips, and expensive merchandise. It is impossible to turn away from the happiness and joy that explodes from the profiles of each person. Social media has become a forum for perfection that makes the rest of us feel empty and lacking.

People spend countless hours scrolling through social media to the point where it has become an obsession. Men, women, teenagers, even children have accounts. They spend their time looking at other people’s lives instead of living their own. As much as we try to love and guide our children, one look at social media makes us feel like we are lacking as parents.

We live in a world filled with fear, anxiety, and isolation due to the pandemic. Now, more than ever, it is easy to look at our lives and feel loneliness and despair. There has never been a more imperative time to find means of connection. Unfortunately, the internet often makes the walls between us even higher.

People who are already struggling with depression and financial concerns fall into the trap of social media. Many rely on it as an escape from reality, but once on it we forget that it is an illusion. Social media often becomes a painful reminder of what we are trying to escape from in the first place. We fall down the rabbit hole of further pain and self-loathing instead of recognizing that Instagram and Facebook are mere glimpses of reality.

the dangers that lurk on the internet 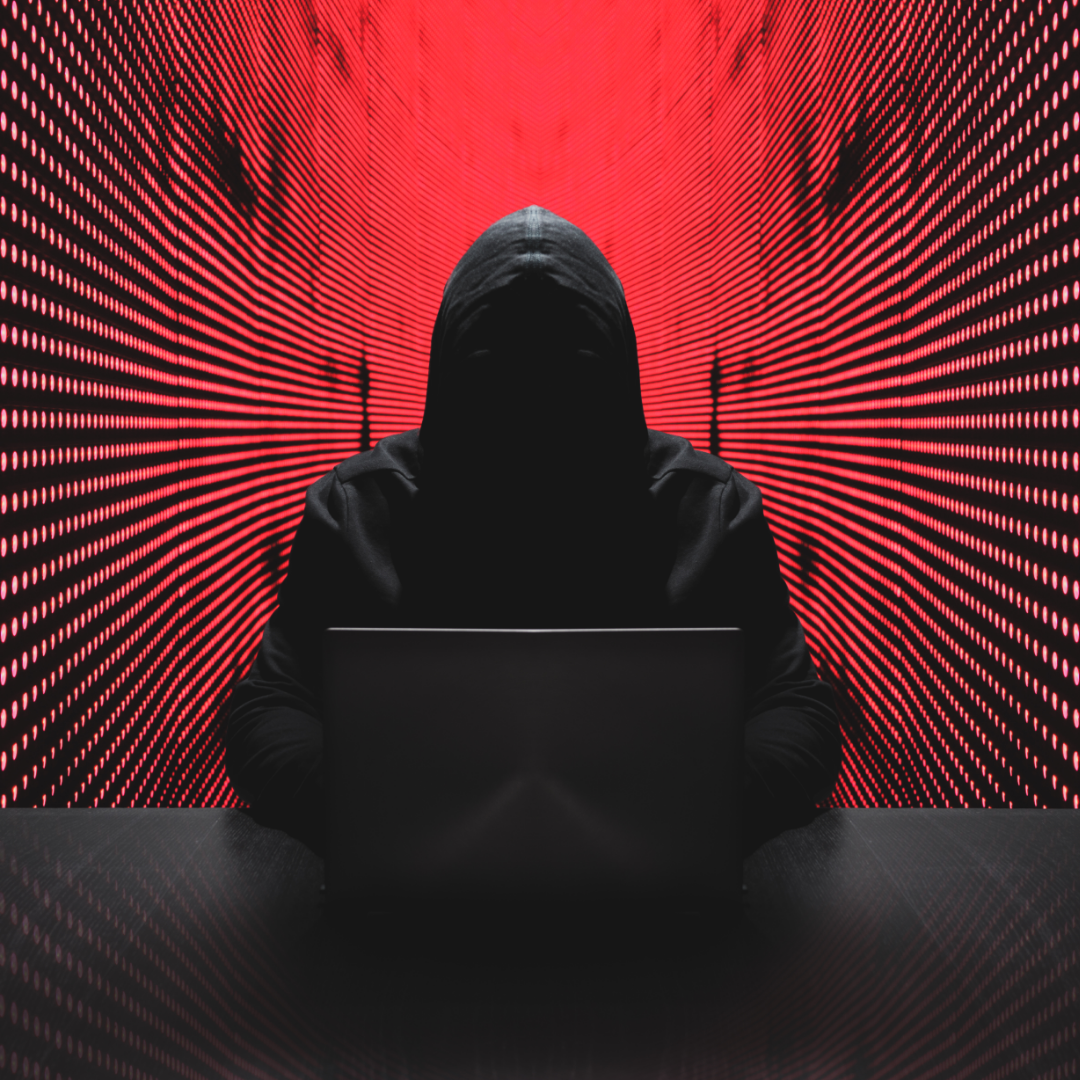 Another danger is catfishing. It has become such a phenomenon that there is a movie and TV series about it. People start relationships on social media, only to realize that they are not talking to the person whose picture is on the profile. Sadly, a person can simply create an account, put up a fake picture, and claim to be anyone in the world.

Stalking has taken on a new shape due to social media. The personal details we reveal make us easy targets, allowing others to fixate on us and invade every aspect of our life. Social media has also become a vehicle for harassment and postings meant to destroy people’s characters and reputations.

Even worse, social media has become another platform to engage in acts of bullying. There is nowhere to escape when people can attack you within the four walls of your room. Kids now feel a sense of power and protection from behind a computer screen. It has become far too easy to belittle, attack, tease, degrade, and destroy through the internet.

the blurred walls of safety for children

As parents, we do our best to protect our children from the outside world, but what do we do when the walls between the outside and inside start to blur? What happens when social media becomes the gateway to danger?

Just as internet bullying has become a harsh reality, a whole new world exists where predators are able to access our children while in the comfort of their homes. What appears to be a sweet 13-year-old girl talking to your daughter may be a 45-year-old man.  There is literally nowhere that is safe anymore.

I do not allow others to post pictures of my daughter on their social media accounts. There also aren’t any pictures of Brielle on my blog.  I try to keep my child safe, but social media makes it harder than ever to do so.

As much as I appreciate the benefits of social media, there are tremendous risks that it poses to our mental health and safety.  I think we must be mindful of the great dangers that comes from simply putting a profile on social media.  Therefore, I believe that social media is both a friend and a foe.