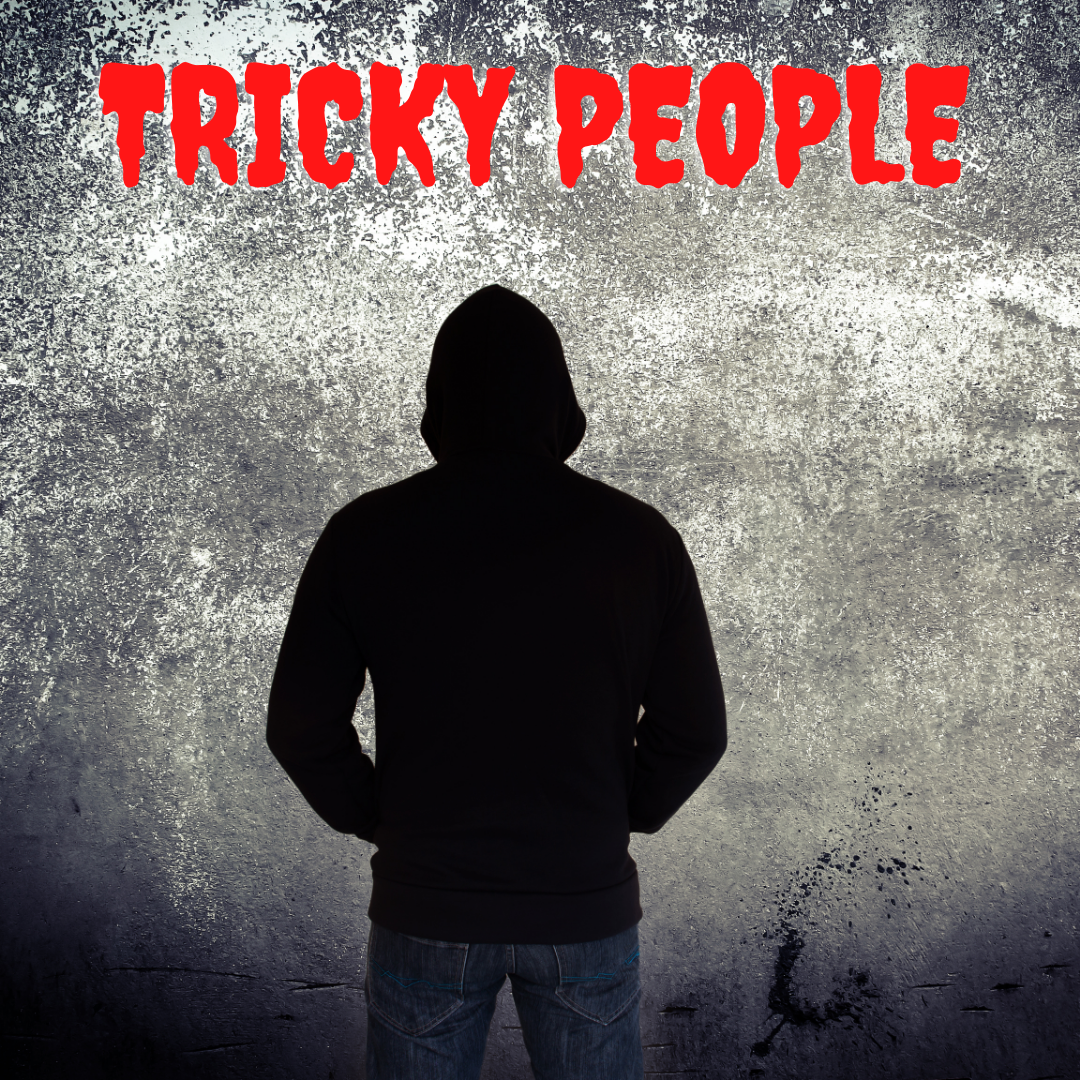 As a former New Yorker, I am always cautious when it comes to strangers. We learned about stranger danger growing up, but the tricky people concept can be a better way to teach kids to stay away from sketchy adults.

I’m a very petite female, so I understand others can pose a threat to me. That said, the most important people in my life were once strangers. My husband was once a stranger, and his family (now my family) were once strangers. One might say that strangers are friends you haven’t met yet.

my daughter’s numerous encounters with strangers

My daughter absolutely subscribes to this way of thinking. When she was very young, she would smile and wave to everyone she saw at the grocery store. It made a quick trip to the supermarket a huge ordeal as everyone would smile back and begin to chat with her/me. As she got older, a greeting followed suit. I explained to her that we shouldn’t start up a conversation with people we don’t know, but she looked at me baffled. In her mind, it was an opportunity to meet and engage with new people. 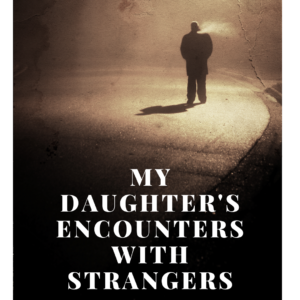 When Brielle was 3 years old, we went to a neighborhood park with my husband and my in-laws. Brielle was (and still is) a bundle of energy, and there was a big field where she could run around. It was deserted until a couple of well-dressed men in suits showed up. I was speaking to my in-laws when my husband tapped me on the shoulder. To my horror, Brielle had gone over to these men and interrupted their conversation. The men were smiling at her and clearly found her amusing. Before my husband could stop me, I ran over and apologized for the intrusion and dragged her away. My husband informed me after the fact that these well-dressed men were doing a drug exchange when Brielle ran over. I aged 10 years in that moment.

I explained to Brielle the importance of 911, and she was told to only dial those numbers if the person with her is unresponsive and/or she is in danger. She knows our phone number and address in case of an emergency. To my shock and terror, she started telling cashiers at the supermarket our phone number and address. That incident aged me another 20 years. Luckily after another conversation about privacy and the importance of keeping contact information to ourselves, she no longer did that again.

i had to teach my daughter how to be safe

I wish I could say that those were the last times Brielle put herself in harm’s way, but that would be a lie. When Brielle was 5, Matt went across the street to ask our neighbors a question, and I told Brielle to go into her playroom so I could take a quick shower.

I went into the bathroom and turned the shower on. At that point, a feeling of doom came over me. I don’t know if it was maternal instinct or divine intervention, but somehow, I knew something was wrong.

I immediately ran out of the bathroom to check on Brielle. She wasn’t there. I screamed her name, but there was no answer. At this point I opened the door and started screaming on the top of my lungs for her. To my relief, I heard Brielle come to the front porch. After I gave her a huge hug and composed myself, I asked her where she had gone. She told me she went outside to find Matt, and she heard my voice right before she left our driveway.

I knew I had to instill in Brielle an awareness that it is not okay to wander outside or talk to strangers. However, there is a fine line between being cautious and being fearful, and I wanted to make sure that I treaded that line carefully. It was at that point that I spoke to her about “tricky people”. 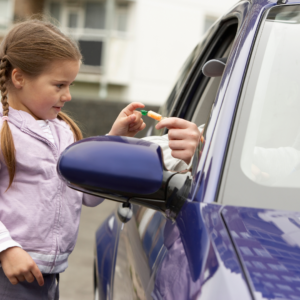 Pattie Fitzgerald, the creator of the website Safely Ever After, Inc., came up with the concept of tricky people. I know some people explain it as “stranger danger”, but I feared that explaining it in that way would make my daughter feel that all strangers are dangerous.

I told Brielle that a grownup is trying to trick her if she is approached by one for help. If a safe adult needs help, they will ask another adult, not a kid. Pattie explains, “Instead of looking for the boogie man, a child should look for the person asking them to do something that doesn’t sound right or ask if the adult is trying to get them to break one of their family’s safety rules or trick them.” She lists her “Super 10, Play-It-Safe Rules for Kids and Grownups” here: https://safelyeverafter.com/prevention/#tab-886fbe060b867e5ba61.

how i teach my daughter the tricky people concept

I informed Brielle that most people are not a threat, but it is important to understand the concept of tricky people. I explained that tricky people are the ones who try to trick you into doing something you shouldn’t do, such as getting into their car, or telling her they have a toy/animal in order to take her. She knows that I would never tell someone to pick her up or ask her to leave without talking with her about it in advance, and in the case of an emergency I would tell this person the password.

The password is a word I thought up as a code word that only my daughter and I know. She is not allowed to tell anyone the password, and only someone who received my permission to take her would know it. We have acted out different scenes of what a “tricky person” might say to try to convince her to go with him/her, and how she should handle herself in those situations. As much as I have tried to drill this awareness into her, she still is very trusting, and I worry.

internet predators and teaching kids about other types of tricky people 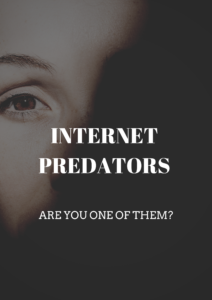 Brielle uses the iPad on weekends to watch pre-selected shows. I discovered that she was going onto fan groups for these actors, and chatting with others on a fan board. When I tried to discuss the dangers of speaking with strangers online, she was puzzled. She didn’t understand how anyone could hurt her when the only interaction was from a computer. She said that they can’t jump out of the screen; therefore, she was in no imminent danger.

I looked up different tricky people scenarios that are meant for children and showed it to Brielle. I explained to her that tricky people can be on the computer as well. Her IPad usage is closely monitored, but I know I can’t monitor every action that she makes.

it’s our job as parents to teach kids about tricky people and to be cautious, not fearful

It seems like life is an endless game of whack-a-mole. Every single time I discuss the dangers of one situation, another one pops up. It makes me want to lock my daughter in our house and throw away the key.

It is our job as parents to teach and guide our children. Despite all our best efforts, there are still monsters out there. Some are in the playground, others in a car, and some are on the computer. The world is a scary place, but being scared of everything isn’t a way to live. Ignoring harsh realities aren’t okay either.

I will continue to try to instill in her that although there are many kind people, there are also some whose intentions aren’t pure. Tricky people can be anywhere – from the grocery store to an online chat room or kids game. It is my job to protect her from the tricky people in the world, but it is also her job to be mindful of those people and to not put herself in harm’s way.

There is no one-size-fits-all solution to this problem. The world is a better place because of our children’s trust in the good of people. All we can do as parents is keep pointing our kids in the right direction, be diligent about their safety, and teach them to be cautious, not fearful.