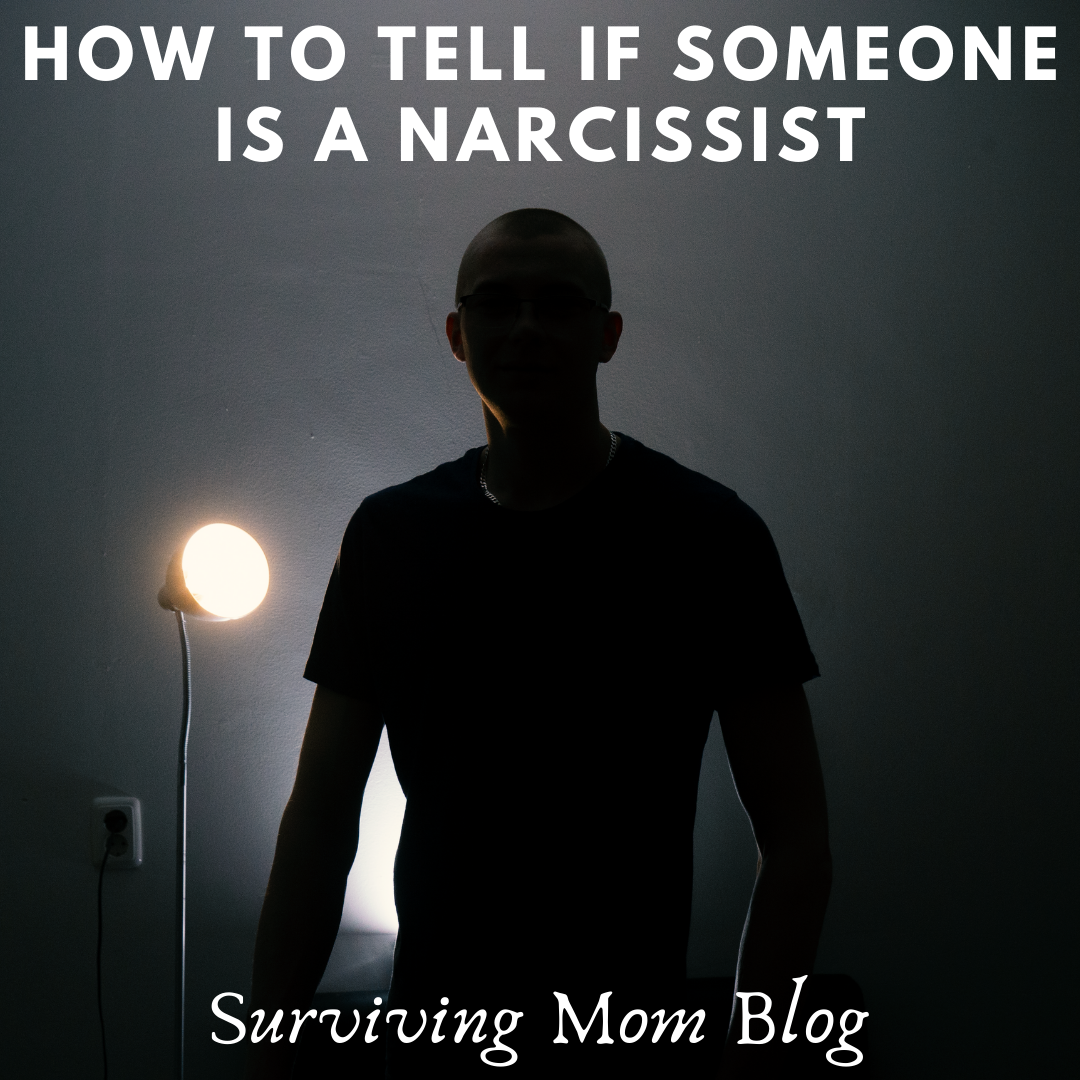 How can you tell if someone is a narcissist? Narcissism is a topic that comes up quite frequently. It seems that everybody knows a person they’ve deemed a “narcissist”. That word is commonly used to describe a person with an inflated ego whose focus is often on themselves and their own well-being.

CRITERIA TO TELL IF SOMEONE IS A NARCISSIST

Unfortunately, the term of being a narcissist gets thrown around often and sometimes recklessly. True narcissism goes way beyond someone monopolizing the conversation at dinner. It causes someone to have an extremely inflated sense of self-importance, a pattern of self-centered, arrogant thinking and behavior, and a lack of empathy and consideration for other people.

It is not easy to tell if someone is a  narcissist. However, there is a criteria to determine if a person actually has Narcissistic Personality Disorder (NPD). According to the Diagnostic and Statistical Manual of Mental Disorders (DSM-5), a person has NPD if they exhibit five of the following criteria (ncbi, 2020):

NPD usually develops either in adolescence or in early adulthood. It is very common for children and adolescents to display personality traits that resemble NPD, but such occurrences are fleeting and register well below the clinical criteria for a formal diagnosis of NPD. True symptoms of NPD are apparent in many different social situations and are extremely consistent over a period of time (psycom.net, 2021)

The 4 Different Types of Narcissism

Narcissists are very charming and charismatic. Therefore, it is very easy to develop a relationship with one unknowingly. For purposes of deeper clarity, there is research that labels narcissists with different types and subtypes. The DSM-5 doesn’t group narcissism into different types, but some experts classify narcissists into four different groups:

This is typically what we think of when a person is described as a narcissist. These people perceive themselves as superior to others. Grandiose narcissists are extremely entitled and expect special treatment. They are desperate to maintain this illusion of grandiosity and will do anything to maintain their perception in the eyes of others.  They display arrogant behavior.

This type of narcissism is hard to spot, because it is more subtle and less recognized.  With that said, it may be the most common types in younger generations (Millennials, Gen Z and Gen alpha) (psychologytoday, 2020). Vulnerable narcissists feel constantly victimized because they believe they are superior and the world fails to recognize their superiority.  They prefer to receive attention from selected people rather than be the center of attention. Vulnerable narcissists often suffer from child abandonment issues and because of that they tend to exhibit codependent behavior. They will also pretend to be selfless to get the admiration of others.

Communal narcissists get their validation from helping different groups of people (e.g., charities). They get involved to feel needed, and they want to be liked and appreciated. However, their intentions are impure. They do good deeds to receive validation as opposed to caring for others.

Malignant narcissism refers to a very specific, but less common version of NPD. This is considered the most severe type and the one to cause the most harm to others. They are highly manipulative and will exploit others with no remorse. The symptoms of malignant narcissism overlap with antisocial personality disorder (APD). To be considered a malignant narcissist, those individuals need to be diagnosed with both features of NPD and APD (verywellmind, 2019).

Malignant narcissists are paranoid and are sadistic while taking pleasure in the pain of others. Sociopaths are an example of malignant narcissists, and they are very hard to spot. These individuals believe they are exempt from normal societal rules and are cold and calculating, which often makes them very dangerous. 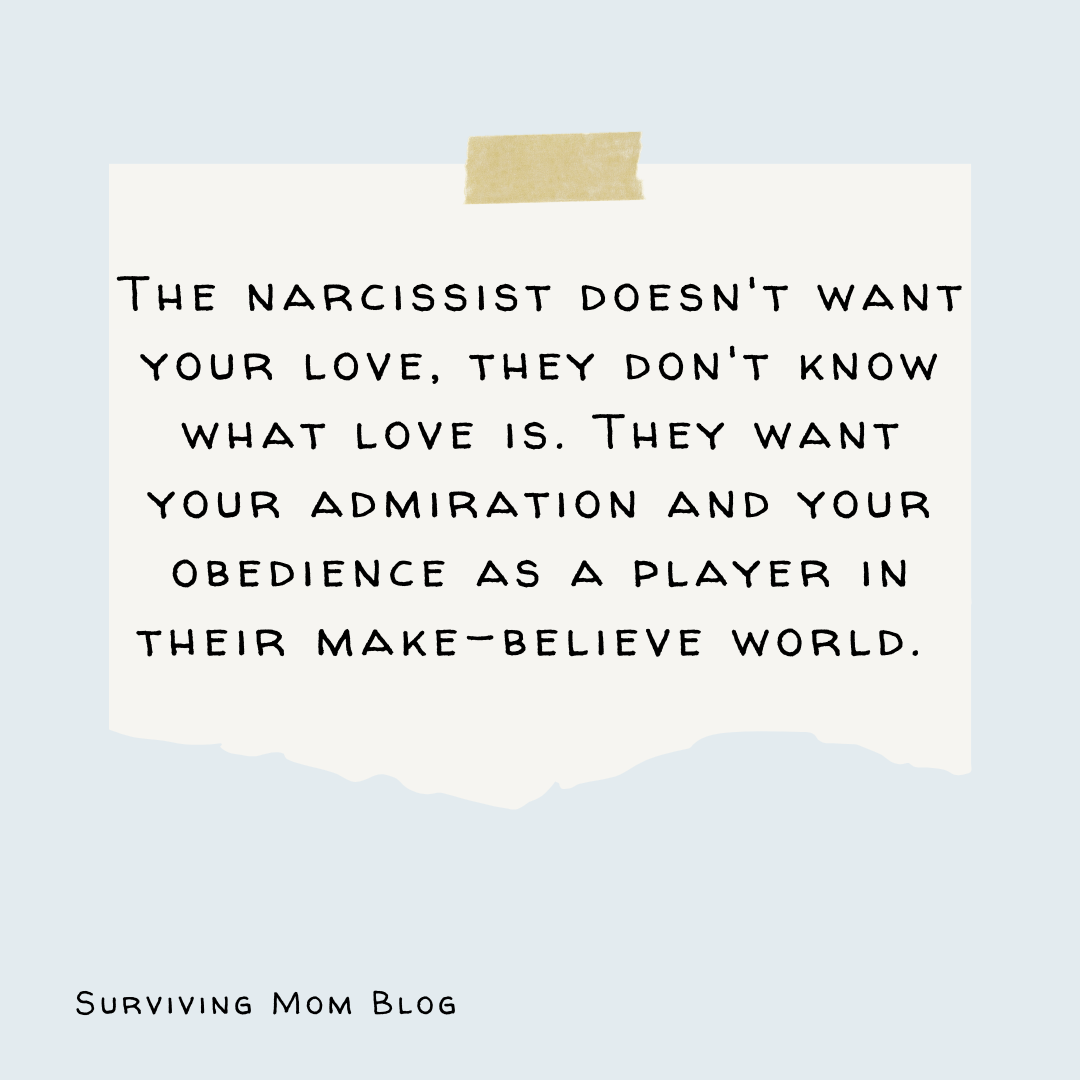 Falling under each type of narcissism are two subtypes that classify how these traits appear to others dealing with a narcissist.

Overt narcissism is what we think of when we imagine the typical narcissist. They are usually the most confident and arrogant person in the room. Overt narcissists dominate the conversation and bask in the attention that they receive.  They demand admiration and charm their way through life with false intimacy to those they want to impress. Overt narcissists are prone to rages way beyond normal anger, and they may ridicule and mock others. Grandiose and communal narcissists will always be overt (psychologicalhealingcenter.com, 2020).

On the other hand, the needs of a covert narcissist are much less obvious. A person with covert narcissism might come across as shy and withdrawn. Covert narcissists are still self-absorbed and believe that they are better than everyone around them.

Since covert narcissists believe they are superior to others, they may avoid situations or tasks that they feel are beneath them and challenge their sense of superiority. They are hypersensitive to criticism and will become defensive very easily. They can act in a vindictive or passive-aggressive way if they feel slighted by another person. Additionally, they have delusions of victimization and may cry on cue to manipulate others, as well as stage a crisis to gain attention. These individuals typically have a long history of depression and anxiety and are likely to experience other personality disorders, such as borderline personality disorder (medicalnewstoday.com, 2020). Vulnerable narcissists will always be covert, while malignant narcissists can either be overt or covert.

Narcissists as a whole are either somatic or cerebral. In other words, they feel superior based on their bodies or their minds.

Somatic narcissists obsess over food, weight and their appearance. They will spend a lot of time talking about activities like going to the gym and dieting. Somatic narcissists are very sexually active. Since they gain their self-esteem from sex, they have a very hard time remaining faithful in their relationships. They can’t stand criticism, but will constantly criticize others based on their appearance (mindbodygreen.com, 2020).

Cerebral narcissism is found in a person who feels superior based on their intelligence. They want to be the center of attention and need to feel smarter than everyone else.  They have a vast array of knowledge and tell stories (either real or make believe) that illustrates how smart they are. Also, they will point out others’ failures, and will often show a great amount of hatred and disdain for those people they feel are not as smart as they are.

Like somatic narcissists, cerebral narcissists enjoy having power over others. However, they gain that power with their mind rather than their body and charm. Since cerebral narcissists derive their self-esteem through intellect, they often lack an interest in sex.  Therefore, they can remain faithful and be in romantic long-term relationships (thenarcissisticlife.com, 2019).

My Relationship with Narcissistic Personality Disorder

As I mentioned earlier, it is very hard to tell if someone is a narcissist.  With that said, a relationship with one is usually very damaging to your mental health and self-esteem.

I spoke HERE about the relationship I had with my mother. She meets the official criteria for having NPD. I tried to (unsuccessfully) have a healthy relationship with her. Throughout my childhood and most of adulthood, I tried very hard to gain her love and approval. It took years to learn that this was an impossible task. I realized that if a person is unable to have empathy or recognize that their actions are unacceptable (in my case, abusive),  that person cannot meet your needs and/or respect your feelings and boundaries. As a result, I went no contact with my mom 3 years ago.

Over the past 3 years she has sent me several emails. She has never acknowledged or admitted fault for the hurt she caused me. All she talks about is the perceived wrongs done to her, and how I am at fault by not allowing her to see her granddaughter. She has no empathy for the pain and abuse that she inflicted upon me or my child.  Each email speaks about herself and her delusions of trying to do the right thing by emailing.

It is a hard pill to swallow that your own mother does not love you and care about your feelings.

I now understand that narcissists are not capable of admitting they have done anything wrong. They are also completely unable to show compassion for the hurt and pain they cause other people. It is that knowledge that has helped me to realize that my mother’s actions are not a reflection of me. I used to think it was my fault that she didn’t care about me and treated me so terribly. I now understand that narcissists are experts at making others feel they are to blame for the pain they cause.

SIGNS AND BEHAVIORS TO TELL IF SOMEONE IS A NARCISSIST Narcissists don’t have many long-term friends. If you are in a relationship with a narcissist, they will lash out if you want to hang out with your friends because it damages their fragile ego and sense of self.

Another agonizing aspect of being in a relationship with a narcissist is that they think they are right about everything.

They will never admit wrongdoing and will never apologize. You can’t debate or compromise with them. Therefore, it is important to avoid negotiation and arguments with them. Narcissists love being in control.

People with NPD value themselves over others, and will typically disregard the wishes and feelings of anyone else.  They expect to be treated as superior, regardless of their actual status or personal achievements.

Narcissists are very charming and will do almost anything to get what they want. That is one of the many reasons why it is difficult to tell if someone is a narcissist. Narcissists think that they deserve to be with other people who are special, and that special people are the only ones that can appreciate them. With that said, once you do something that disappoints them, they will turn on you. It can be subtle at first, but over time you will start doubting yourself more and more. This will often cause you to feel like you aren’t good enough and can’t do anything right to make the other person happy. Your self-esteem will begin to strip away, and you will often walk on eggshells in order to try to appease the person.

It is extremely difficult to tell if you are in a relationship with is a narcissist because of all the manipulation and gaslighting.

The most popular tactic used by every type of narcissist is gaslighting. Gaslighting is a manipulation tactic that makes victims question their perception of reality. Their behavior turns your world upside down so much that you no longer know what to believe. Narcissists are typically emotionally abusive and cannot have a healthy relationship with others. This includes romantic and non-romantic relationships.

I understand how difficult it is to walk away from a narcissist. However, I am proof that ending a relationship with a narcissist is possible. Remember to value your well-being and happiness. If a person disregards your feelings, ignores your boundaries, makes you feel badly about yourself, and doesn’t prioritize you, it is necessary to walk away. It might be difficult at first, but loving yourself means removing toxic people from your life.