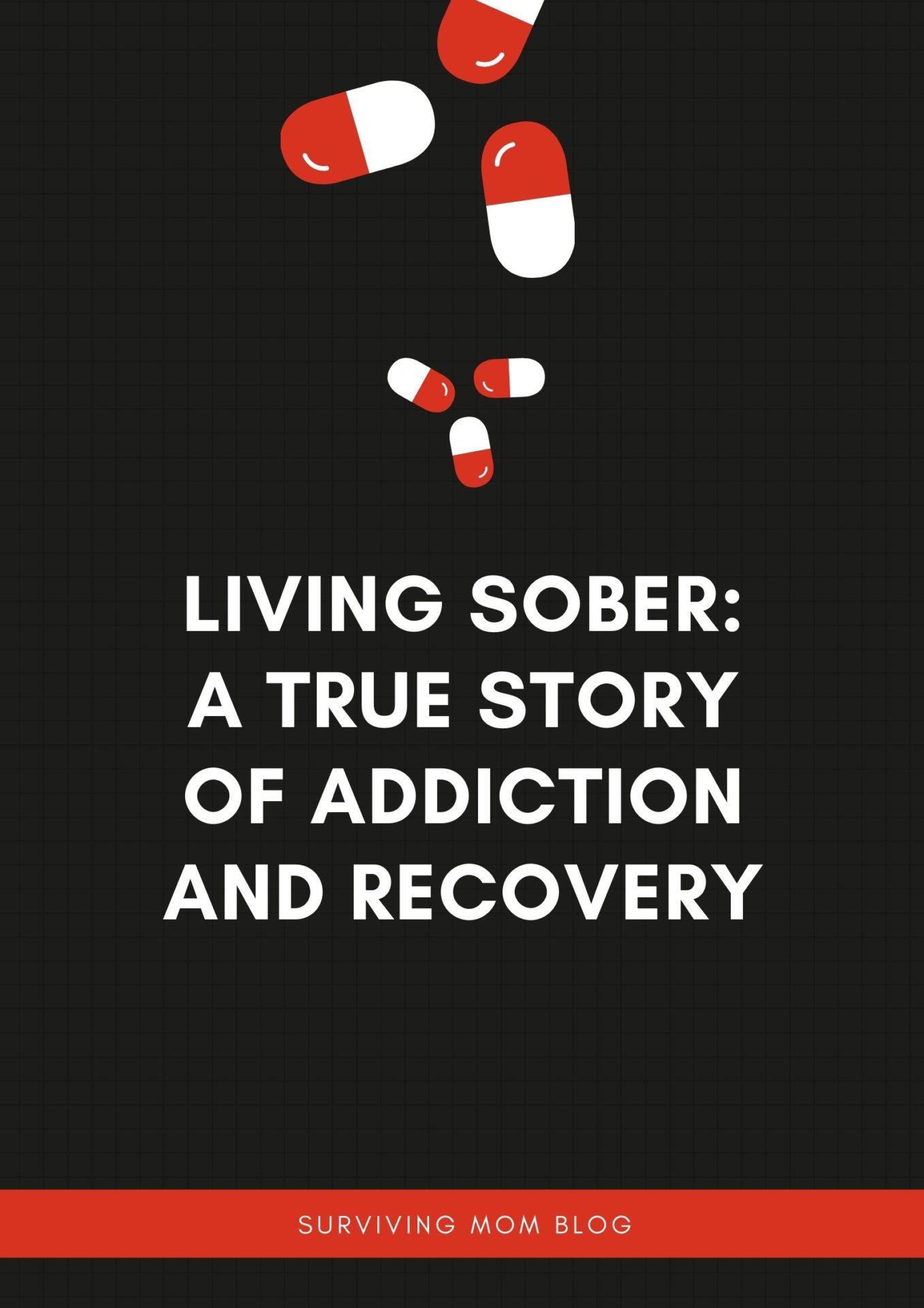 Hi, my name is Matt, and I’m an addict. This is my personal story of drug addiction and recovery. Even though I’ve been sober for over 4 years, I need to continue to be vigilant every single day. See, addiction is a disease that will never be cured. It will never go away. I will always be an addict.

Up until now, I’ve only told my story of addiction and recovery to a select group of people (my wife, sponsors, and group meeting members):

my personal story of drug addiction

It took me a long time to admit that I had a problem. Sure, I liked to drink. When I was in college, I was drinking, taking drugs, and partying all the time. “It’s college, that’s what you do,” I told myself.

Once I met my wife, we would go out and have drinks. I always was the one who had the most to drink. So what if her friends asked why I drank so much? It was only on the weekends. My wife and I had a Sunday ritual of having a glass of wine. My one drink would quickly turn into three or four. “I don’t drink every day,” I would tell myself. 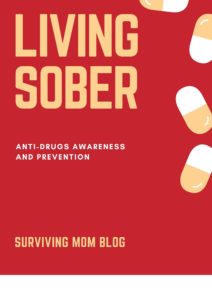 When my wife became pregnant, I was afraid of something happening to the baby. That was all the trigger I needed to start spiraling downward. It started slowly, having two or three vodka sodas on a Sunday night. Then it became Sundays and Thursdays. Then Sundays, Thursdays, Fridays and Saturdays. Sometimes I would hide it, and sometimes I would be out in the open.

Fast forward and it was happening on a regular basis, and I was hiding it all the time. I hit my first rock bottom one night when I was so drunk, I walked to my father-in-law’s apartment. I don’t remember any of this, but on the way back home, I threw up all over the place. My father-in-law had to take me home because I could barely stand up. This was one of the low points during my personal story of addiction.

When I kept getting caught drinking by my wife, I turned to pills. I learned that taking Ambien many hours before sleeping would allow you to become euphoric. Pills were much easier to hide than alcohol. You go to the doctor, get the prescription, fill it at the drug store and keep it hidden. One pill per night turned into two, then three. Always waiting for the next night to come. Always counting how many pills I had left and how long I had until I could get another refill.

Those numbers never worked out in my favor. I would get caught, make promises to stop, and then start up again. Hiding and taking pills, night after night. When I ran out of pills, I would manipulate my parents into sending me some or stealing from them when we visited their house. I would do almost anything to get my fix.

After a while, I was getting bored of the downers and decided it was a good idea to take ADHD medication. See, that’s not totally a fabrication. I do have ADHD. I have a very hard time concentrating and paying attention to things I don’t like. It made it simple to go to a doctor and get those medications: Vyvanse, Adderall, Concerta, Ritalin. It didn’t matter to me which one, they all worked the same.

One a day became two, then three. There were days where I would take two in the morning and two in the afternoon. There were nights that I was so jittery from the medication that I had to get some air because I felt like I was having a heart attack. It didn’t matter. None of those feelings mattered as long as I could get what I wanted, when I wanted it. It was easier for me to walk around in a completely numb state rather than feel any negative emotions.

That’s the funny thing about addicts and alcoholics living in their personal story of addiction. It is a disease, and one in which we really do not have much control over. The stigma has always been, “why can’t you stop?” or “if you love me, you will stop doing it.” It’s not that simple. What I’ve learned over the years is that most addicts take things to numb themselves from the realities of life. We are not capable of processing and handling anything other than happy feelings and thoughts. One sniff of negativity and it’s off to the races. In truth, addicts are some of the most sensitive people around. It hides underneath the fake façade of drug haze and numbness.

Fear and shame. Underneath all the manipulation, lies, deceit, and betrayals are shame and fear. Us addicts are fearful about things we have to face in life, and we feel complete and utter shame for the choices that we made and make. It’s a psychotic cycle. If you feel shame for a choice, most people just don’t make that same choice any longer. That’s just not how it is for addicts. Those choices make us feel shameful, and because we feel terribly, we go back to the drugs and associated behaviors because we don’t have the tools to feel those negative emotions. It’s the addiction, the dark passenger in your brain, that tricks you into thinking numbing your feelings is the way to live your life. It’s a deny at-all- costs mentality, and it hurts everyone around you. My wife and child were not the priority. My addiction was. 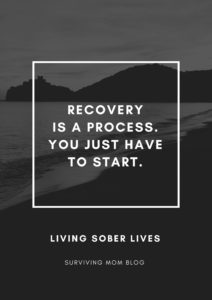 That’s why you can never say, “I used to be an addict” or, “I used to be an alcoholic.” There is no cure, and it isn’t something you can just “get over.” The moment your guard is let down, that’s when you are ripe for a relapse. I’ve been in rooms where there are people who have been living sober for 10 plus years that got complacent and relapsed.

You must take things one day at a time, and for the people living sober for the first time, one hour or even one minute at a time. Looking to the future is too overwhelming. Go to meetings regularly and participate in sharing your story. Part of the healing is not only accepting you have a disease, but sharing with others around you so you can help them in their journey. I notice that I get more out of the meetings when I share rather than when I don’t.

HOW I MAINTAIN sobriety

During my personal story of addiction, nothing anyone says to you will make a difference. It goes in one ear and out the other. There are two ways you stop: (1) realizing that you are going to lose everything in your life that matters and hitting rock bottom or (2) death. Thankfully, I never got to number 2. It took a marriage therapist staring me in the face and saying, “You are an addict and if you do not get help, you are going to lose your wife.” That stopped me dead in my tracks, and I realized that I had a problem. I realized that I had to change. I knew things had to be different.

For many, meetings are the place where you can get comfort, support and get healthy. For me, it took having to go to an outpatient rehab center three days a week for four months to fully accept that I had a problem and I needed help. If I hadn’t gone, I don’t know where I would be today, but I do know I wouldn’t be living the life I have now.

Get a sponsor. I have never personally met anyone who has gotten and are living sober lives without a sponsor. Sponsors are people that you can call day or night for help. They will help guide you through the steps and are supposed to keep you accountable for your actions, until you are able to do that for yourself. If you need one, go to meetings and listen to people talk. They always ask the group if they are willing to be a sponsor and hands will get raised. Find someone that you connect with in their story and words.

Even though my personal story of addiction is in my past, when you are living sober for the first time, thinking that you can never drink or use again is too overwhelming and scary. It’s losing the only coping mechanism that you know, while trying to develop new and healthy ways to deal with pain, anger and despair. It’s not easy. You have to fight every single day to make sure you are doing the next right thing. When you make a mistake, dust yourself off, learn from it, and try to do better the next time. Do not get sucked back into the trap of saying, “I can’t do anything right, what’s the point in continuing living my life this way.” That is your addiction talking.

“God, grant me the serenity to accept the things I cannot change, the courage to change the things I can, and the wisdom to know the difference.” It’s accepting things that come your way with humility. Understanding that you can only change your thoughts and actions, not others. It means living your life in a healthy way. Making sure you surround yourself with people who are going to help you continue your sobriety, not bring you back into the darkness. It means loving yourself, loving who you are, and what you stand for.

I have made many, many mistakes living in sobriety and have done things that are not acceptable. The damage won’t go away.  I can try to learn from it and apply those lessons the next time. I continue to take things one day at a time, making sure that I do not allow myself to go back to that dark place. The place where I alienated my friends and family. I can’t make any promises to what the future may hold, but I know if I do the right thing today, it will bring me to a healthier, better tomorrow.